There are countless types of sports played all over the world, of which we do not even know the name of many. Events of this world of strange sports keep happening every day, but the biggest sporting event about which we all must have heard or read somewhere is the Olympic Games which is held once every four years.

The Olympics is not a sport in itself, but it is the name of an integrated event of many sports. Only selected players from many countries of the world participate in it, who represent their country in various sports, and the country whose players win most of the games and win the flag of their nation, while the country is called the winner of that Olympics. .

Now coming to the topic of today, where do we stand in these Olympic Games?
Friends, it is ironic that the condition of our country with a population of one hundred and thirty crores has always been from worst to worse in these Olympic Games. First we depended on hockey, gradually hockey also started disappointing us, then in some sports we got medals but the situation remained the same as cumin in the camel’s mouth, where Asian countries like China, Japan, Korea Established ourselves as Sirmaur in the Olympics, while we were eager for a medal each.

It is not that there is any dearth of talent in our country, talents will be found in every village, street and locality of our country, but from identifying and nurturing these talents to providing basic facilities and proper training to prepare them for Olympics. Our governments have always shown apathy in responsibility, as a result of which even today we could not reach double digits in terms of medals.

Whatever our players go there for the Olympics, it is on the strength of their own will and ability. If successful, it is their hard work and not the efficiency of our governments.
These governments are relieved of their responsibilities by declaring two crores to the medal winners, which is unforgivable from the point of view of national dignity.

As far as I believe, if we want to become a superpower in the Olympic Games, then first of all, from village, street, locality to schools, we have to give up the indifferent attitude towards various sports, if this happens then believe that in the next few years you will have a place- Neeraj Chopra will meet the place. Then facts can’t stop us from becoming a sports superpower.
Jai Hind! Victory to India. 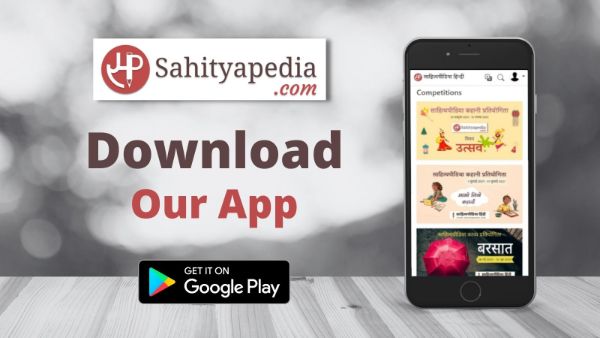 Article
Borrowing tears
Umender kumar
Nov 15, 2021 · 1 minute
17
Have kept these tears for our funeral, Didn't even have to ask for a loan...

Essay
Role of School Librarian in Modern Trends of School Education
अनिल कुमार गुप्ता "अंजुम"
Jun 6, 2021 · 6 minutes
2 · 4 · 116
What the term Library is, in general and specific? The term Library has been derived...

Article
Padma Shri
Aruna Dogra Sharma
Nov 11, 2021 · 1 minute
36
It's a matter of pride not for the Padma awardees but for the whole nation...